Dr Ian Arad is a passionate orthodontist and prides himself on providing excellent orthodontic treatment and personalised care. He is meticulous in his approach to treatment and works hard to give patients their desired outcome. He works both in private practice and the NHS.

Ian started his path into orthodontics with a biochemistry degree from Dundee University. He then studied dentistry at King’s College London where he was awarded three prizes, one of which included the prestigious Jelf Medal.

Ian honed his skills in dentistry by working in private practice and in hospitals treating complex multidisciplinary cases using the latest dental techniques and instruments. It was during this time that he was awarded his diploma in Membership of the Joint Dental Faculties of The Royal College of Surgeons of England and published in orthodontic literature.

Having built up his skillset in general dentistry, Ian decided he wanted a new challenge, and as he had a keen interest in orthodontics, he entered specialist training at the Royal London Hospital and Southend Hospital NHS. During his three-year training, Ian gained a keen interest in oral health. This led him to form a research team comparing the effectiveness of manual versus electric tooth brushing in orthodontic patients, which had the prestigious honour of being sponsored by Colgate.

Ian was also awarded his Master’s in Clinical Dentistry and Membership in Orthodontics from the Royal College of Surgeons of England.

Ian’s clinical areas of interest include Invisalign and lingual orthodontics. He also provides both metal and clear (ceramic) braces as well as Damon braces.

While progressing on his career pathway, Ian has also managed to enjoy a wide range of other activities. His sporting pursuits include football, fencing and, of course, golf. He takes great delight in trying new restaurants and enjoys jetting off to different countries to enjoy their cuisine and culture.

Ian was inspired to become an orthodontist, because of the way in which the craft and skill involved can transform lives. He firmly believes that it is not just people’s smiles that are enhanced, but also their confidence and self-esteem. He feels very privileged to be able to make a difference and to be a part of the OSDH team.

Meet the dentistry team at OSD 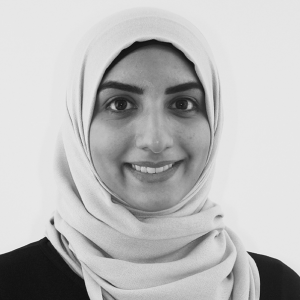 Dr Julia Panteli
Dentist
View all experts
Our voice
How to maintain good oral health during pregnancy
Bleeding gums and toothache can be a common side effect of poor oral health during pregnancy. Follow these simple solutions to ...
Read more
Our voice
The impacts of Covid-19 on the dental profession
From clinicians to crystal ball readers! Covid-19 brought the entire world to a complete halt with dentists everywhere having t...
Read more
Our voice
Welcome to our dental department
Here at OSD Healthcare we strive to improve access to quality care for our patients. This is the main driving force behind the ...
Read more
Get the treatment and expertise you need, fast.
Access specialists, tests and scanning facilities in one convenient location open 365 days a year.
Learn more
Spread the cost of treatment.
Payment for most treatments over £300 can be spread across 12 months with 0% interest and no credit check required.
Learn more
We believe in patient choice.
We understand and investigate your concerns, before explaining your options so you can make an informed decision.
Learn more
Back to top

We want to support you when you need us most. Our GP, physio and dental experts are ready to see you face to face.